After jumpstarted her solo career with several features, scoring her very first hit song, "Havana" and joining the Jingle Ball legacy, Camila Cabello is wrapping up 2017 on a high note. On Friday (December 8), the former Fifth Harmony singer added to the era by unleashing the live debut of "Never Be The Same," a brand-new cut from her self-titled debut LP, at Friday's (December 8) Z100's Jingle Ball.

After a stellar set from Charlie Puth, Cabello entered the Madison Square Garden stage in a black Selena-esque ensemble with a troupe of dancers for her kickoff track, "OMG." From there, she stormed the stage with a steamy rendition of her breakthrough hit, "Havana," but the biggest part of her time on stage was  when she unleashed the live rendition of "Never Be The Same" with a guitar in-tow. Watch a clip of it below!

"I'm singing new songs from my debut album here in Madison Square Garden. I just can't even believe that. I see a lot of young ones in the crowd tonight and I just wanted to say I can't believe the day I had today and I'm telling you if I can get from Havana to Madison Square Garden, to this stage right now, you guys can get anywhere," Cabello told the sold-out audience before talking about her new track. "This is a song I wrote about when I fell for someone very hard and I knew that it would be very hard to recover from a fall like that, but I knew I'd do it again if I could."

"Never Be The Same" is one of the two new album cuts that Cabello released for fans this week. The other cut is titled "Real Friends," a stripped-back song aimed at all the counterfeit folks in her life. If you like what you hear, make sure you pre-order her forthcoming set, which is scheduled to drop on January 12.

Prior to the big show kickoff with Sheeran, the former 5H singer bumped into the pop singer/songwriter and she couldn't have looked more excited. After greeting each other with warm hugs and taking a few shots for photogs, Cabello called her mom over to introduce the pair. "Have we not met before? Did we meet in Miami?" Sheeran asked Sinuhe Cabello. Always the friendly star, Sheeran went on to congratulate her on the release of her new two songs: "Real Friends" and "Never Be the Same."

If you missed out on all the action, consider this your holiday gift. You'll be able to relive even more Jingle Ball action on The CW during a special 90-minute broadcast on December 14th and 25th at 8 p.m. ET/PT -- so put on your Santa hats, grab some gingerbread cookies, and tune in! 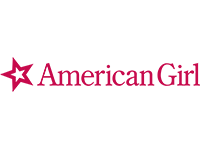 Every year, the Jingle Ball Tour gives back to the community to celebrate the holiday season. This year's official charity for the Jingle Ball Tour is the Ryan Seacrest Foundation. $1.00 of each ticket sold will be donated to the non-profit organization, which is dedicated to inspiring today's youth through entertainment and education focused initiatives.
Meet the headliners backstage for a great cause!
Wish one of music's hottest acts a happy holidays in person, take a photo with them, and get four tickets to the show while benefiting the Ryan Seacrest Foundation.
View Auctions